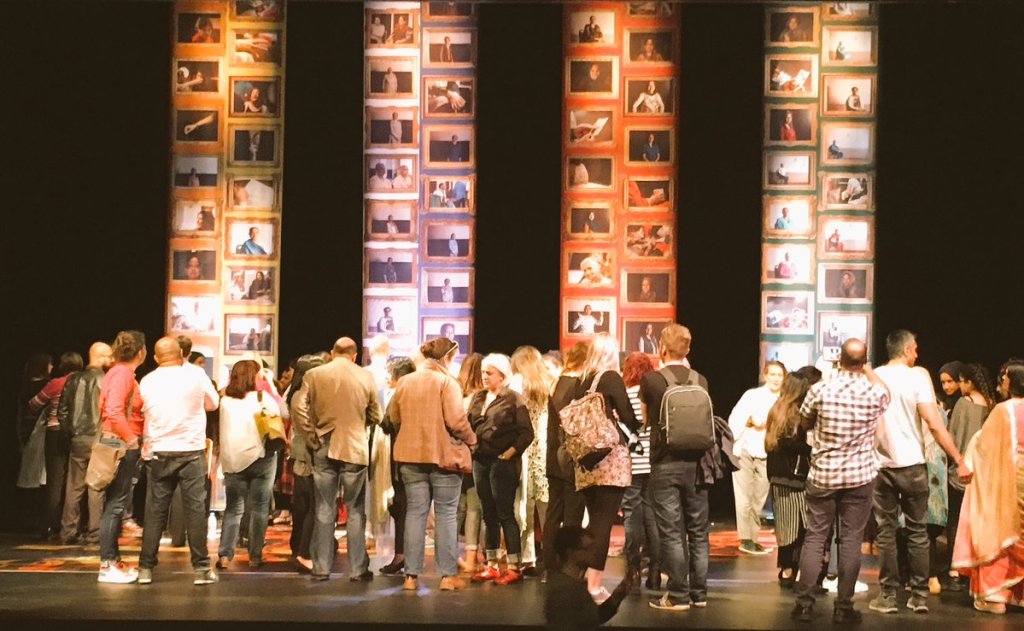 This lunchtime I was in a BBC radio studio with a comedian and an actor discussing a series of dramatic monologues we’re delivering as part of the South Bank Centre’s Alchemy festival. Each monologue tells the story of a single South Asian woman living in the UK, but the stories are actually an amalgam of dozens of testimonies collected in recent months.

What interested the writer, stand-up comedy veteran Sajeela Kershi, was how many of the women’s autobiographies overlapped across experience, understanding, and outcome. My character, a 79-year-old woman called Chandani, has strong elements of my own mother and of me, as well as various ‘aunties’ scattered around the Greater London area.

How much variation is there in the stories we tell?  When we lay one on top of the other, the details may be different, but the experiences are broadly the same. First generation immigrants didn’t move for an easy life but a better one. That takes graft and sacrifice and hardship whether you’ve come from India or Ireland, Poland or Peru, Russia or Rwanda.

Christopher Booker in The Seven Basic Plots: Why We Tell Stories, argues that our narratives fall into one of seven broad categories within which, like music, there is an infinite number of variations. The writer’s skill is making each new story stand alone – giving it a value that places it alongside, and better still above, others in the same vein.

In business it would be called branding. Waitrose, M&S, Lidl, and Sainsbury’s all do the same thing, yet have distinct features that are transmitted through their labelling, uniforms, advertising, displays, special offers, and in-store ambience. At the end of the day, however, it’s all food. Some is better, some is worse, a lot is much the same.

During today’s radio interview there was a conflation of the fictionalised monologues and the real life stories that we, and our interviewer, shared as part of the discussion. All fed into a lively consideration of feminism within South Asian culture, and issues of control and expectation. Fictions reflect life back at us, refreshing and fine-tuning arguments.

What’s so exciting about presenting narratives in a theatre is the feedback we get immediately afterwards. At the end of our first show in Oldham, the stage filled with people wanting to share diverse and touching stories with us (see picture). The better you tell a story, the greater the response from your chosen audience. That’s a huge reward.

If you are in London, Wolverhampton, or Doncaster, you may want to come along and see us: Mother Tongues From Farther Lands.  Hopefully you will find that in the small details of familiar narratives, new windows of understanding are opened.